Air conditioners and refrigerators can help to keep things even cooler

Including in the long term, if properly maintained and also properly processed at the end of their 'life'. 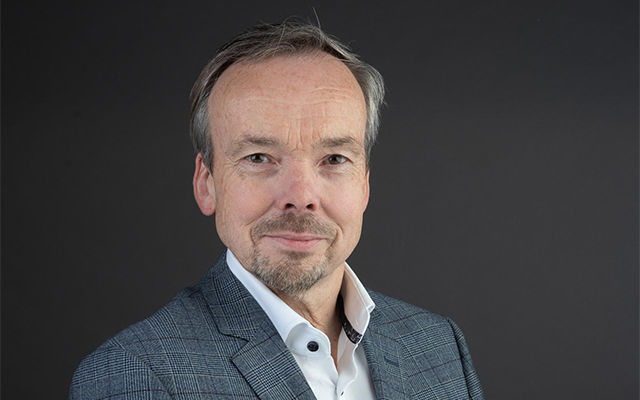 Europe (including the Netherlands) is in the grip of a spell of sun, heat and drought. Extreme heat has become more frequent and intense in Europe in recent years. Remember the hot, dry summers of 2018, 2019, 2020 as well as the current one.  No place in the world can escape the consequences of climate change any more. In addition to more and more intense heat waves there are prolonged droughts and wildfires, severe hurricanes and heavier precipitation: every region on the planet is subject to one or a combination of these trends. In many parts of the world, people and ecosystems already have their backs to the wall. Closer to home, the climate crisis is more tangible than ever. Air conditioners and refrigerators deliver cooling today, but in the long run they really can reduce warming as well. I would like to explain how we can keep things a little cooler together.

Doing nothing is no longer an option

In the latest report from the Intergovernmental Panel on Climate Change (IPCC) in April 2022, scientists state that these trends will become more marked in the future and will move at an 'unprecedented' rate. For example, global CO2 emissions have never grown so fast as in the past decade. We are already dealing with over 1 degree of global warming and the consequences are already making themselves felt. If the temperature rises even further, the effects can only increase and in some places cause irreversible damage.

The news is not all bad. Mankind, we are the cause. But we can still do something about it ourselves. The goal is still in sight, although the next few years will be decisive. Doing nothing is no longer an option. The Paris goals - aimed at limiting global warming to 1.5 degrees - will still be within reach if we can reduce global emissions significantly, even halve them, by 2030. It is crucial to achieve net zero emissions by the middle of the century. This means that investments and initiatives must focus on this goal now. That requires global efforts in every area: from the energy transition and sustainable energy and land use to changes in lifestyles and in consumption and production patterns.

IPCC scientists see an increasing willingness to take climate action among policy-makers, businesses and individual citizens alike. Like the Dutch government, which linked climate objectives to the essential contribution of the circular economy in its Coalition Agreement, I emphasise that systemic change relating to the reuse of materials and a new life for waste is not only indispensable for the transition to a circular economy and the key to achieving the European climate goals: according to the recent Denkwerk Report (Beyond net-zero to planet positive), it is also essential in order to bring Dutch consumption patterns back within the boundaries of a liveable world.

This is precisely why Renewi has been looking for the past six months at what they themselves can do. The result is a circular action plan to significantly reduce potential CO2 emissions in the Netherlands, which we presented to the Dutch government. It contains a proposal with four realistic actions. One of these concerns Coolrec's activities: the responsible disposal and recycling of chemical coolants and propellants from electronic equipment. A great deal of cooling and freezing equipment is already being processed correctly. But despite concerted efforts, a significant proportion disappears under the radar. Responsible processing of this end-of-life equipment would reduce CO2 by 0.3 megatonnes in the Netherlands every year. The equivalent of driving 400 million (!) kilometres by truck, just imagine. In addition, correct maintenance of air conditioners and heat pumps has the potential to deliver additional reductions.

Refrigerants have a bigger impact than CO2

Every refrigerator, freezer, air conditioner (yes, even the one in your car), electric boiler or heat pump contains chemical refrigerants. At the end of the 1980s, the old types (CFCs and HCFCs) were replaced by alternative refrigerants (mainly HFCs) because it turned out that these old ones were responsible for depleting our ozone layer. Fortunately, the latter has started to recover, partly due to this intervention. So much for the good news, because even if these new refrigerants have no harmful effect on the ozone layer, they are still far more responsible for warming the atmosphere than CO2 is. Depending on their exact chemical composition, their impact is 1,000 to 9,000 times greater than that of CO2. It was decided in 2016 that they should be phased out as well.

Unfortunately, for various reasons many of these appliances do not reach certified processors, so the refrigerants and propellants simply end up in the atmosphere and contribute substantially to global warming. Correct dismantling and careful handling of the refrigerants are crucial. Refrigerant recovery has an enormous mitigating effect, but not only that: after careful disposal and storage, purified refrigerants can be reused, or they can be converted into other chemicals which do not contribute to global warming. This conversion process is the only way to tackle these refrigerants' emissions once and for all. It is an expensive and technical process, yet it needs to become the norm. A circular norm.

Refrigerants give off emissions at every stage of their life cycle. They do not only cause damage when released from discarded appliances, though this is the biggest culprit. The issue also arises during production, the filling of the units, leaks, and maintenance work.

So the potential for reducing CO2 is incredible, provided the government takes some obvious measures.

But you and I, individuals or organisations, also have to take responsibility here: make sure your maintenance is done properly and that your equipment goes to a certified processor in the end.

Because refrigerants and appliances that contribute to global warming - that cannot possibly be what we want.